I am a NRI, living abroad with family ties in Los Angeles (USA) and in Toronto (Canada)

My roots/home-base has always been in Indian,Panjab. Whenever I am in India, I strive to visit Golden Temple in Amritsar. Once there, I am totally immersed in its ambiance and often find myself absolutely dazed and mesmerized in its divine atmosphere. One can say that I am completely oblivious to the obvious. In this day and age, Sikhs living abroad across many time zones have access to LIVE telecast from Golden Temple, on a daily basis Courtesy of SGPC and PTC Panjabi Channel.

Great big thanks to both organizations for being so forward thinking in its commitment to bringing the “Bani” to masses.

Like everybody else I too watch PTC’s broadcast from Golden Temple whether I am in L.A. or in Toronto. While I admire this channel’s efforts to bring us the Shabad Kirtan on a daily basis, I also feel the lack of real time information with its broadcast from the Darbar Sahib. Because L.A and Toronto is on a different time zone from India, we often wonder as to the actual Day, Date and Time of the broadcast being beamed to foreign lands.

It is like PTC channel is missing one of the W’s in its broadcast. And that being ”W…for when”, did this event took place.

Having said that, I would like to draw the attention of decision makers in this process to a very valid point, at least the way I see it, and is noted by most audiences living abroad in various time zones.

If you happened to be in Sydney (Australia) you can view the same broadcast at 12.00 noon on Monday because Sydney is 4hrs and 30 min. ahead of Indian time.

This is all fine IF the broadcast from Golden Temple caries a Time Stamp on its program. By that I mean if it shows the Time, Date and Day of the so called live broadcast.

Well, it does Not. Surprised?. So are millions of viewers around the world. Foreign Audience is left to guess as to the time, Day and Date of the broadcast from Golden Temple.

It is a huge issue but it can be resolved with a simple solution by placing a digital display time clock within the television camera shot of the main diwan hall. Just by including a time stamp on the screen you have provided the audiences the world over with the day, date and time of the current broadcast. Devotees from US, CANANDA, EUROPE, UAE, AFRICA AND ASIA watching  PTC  broadcast from Harmandir Sahib will know exactly the date, day and time of the broadcast. No more guess work.

Subject to the approval of PTC, I would be most grateful to be allowed to procure such a clock.

‘Asian Girls Are Tighter’: Dispelling the Myth of Vagina Size 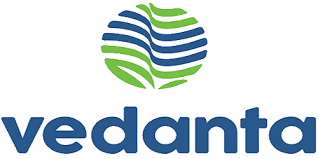