In a series of new measures to ensure smooth supply of essentials to the people, the Punjab Government has set up Transport facilitation controls to maintain uninterrupted movement of trucks etc carrying such supplies, while deciding to impose Rs. 1.85 lakh penalty against anyone found selling essential items above MRP.

Under orders from Chief Minister Captain Amarinder Singh, the Transport Department has also stepped up supplies for other states which are deficient in food grains and other essentials. The outward movement of stocks to deficient states has gone up by almost 50% over the normal, said the spokesperson, adding that nearly 20-25 rakes of wheat/rice containing 54,000-67,500 tonnes are being dispatched daily to the deficient States.

The Chief Minister, during the Cabinet meeting on Saturday, gave strict instructions to check the prices of all essential commodities and take strong action against those found hoarding/blackmarketing/overcharging. Enforcement teams are working constantly to check overpricing etc and are taking stringent action against those indulging in such malpractices, especially who are selling items on higher rates than the prescribed ones. As many as 15 establishments in Pathankot, 10 in Gurdaspur, 15 in Ferozepur, one in Ludhiana and 11 in SAS Nagar have been raided by the teams and one Gas Agency has been challaned, the cabinet was informed.

Meticulous monitoring is, in particular, being done for food items like wheat /atta and rice, dal, cooking oil, masala, vegetables, as well as masks, sanitizers etc. Principal Secretary, Food and Civil Supplies, informed the Council of Ministers that constant monitoring is being to ascertain the difficulties being faced in maintenance of supply line, besides collecting data from Excise and Taxation department and establishing networks with retailers like Reliance Fresh, Walmart, Big Bazar etc. 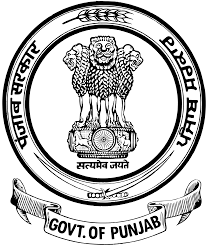 Constant liaison is also being maintained with the Union Ministry of Consumer Affairs and Ministry of Petroleum & Natural Gas for uninterrupted supply of essential goods. Further, Nodal Officers of Police and Food and Civil Supplies departments are coordinating and facilitating inter/intra state movement of essential commodities.

The newly formed transport control rooms will help the truck operators and drivers to move their trucks (loaded or empty) anywhere in Punjab for essential commodities’ transportation. These control rooms will liaison with various authorities to ensure that these operators don’t face any problem. They will also help truckers from Punjab who are facing problems anywhere in India by coordinating with the concerned authorities of those states.

Meanwhile, as part of the relief operations, 10 lakh food packets comprising each of 10Kg wheat, 2Kg Dal and 2Kg Sugar have been distributed amongst the people living on the margins and left out of the NFSA domain. Another 1.2 lakh packets have been distributed amongst migrant population (around 7.5 lakhs) settled in different industrial cities/towns of the State viz. Ludhiana, Jalandhar, Amritsar and Batala.  For supply of petrol, diesel and LPG cylinders, refilling facility of 5kg LPG Cylinders is being provided exclusively to migrant workers in Ludhiana through retail chain and the entire cost is being borne by State Government. Oil companies are being facilitated for uninterrupted supply of Petrol, Diesel & LPG Cylinders by ensuring smooth movement of vehicles. An additional allocation of 2.2LMT wheat & 10,800MT of Channa Dal is also being distributed free of cost to NFSA beneficiaries under PM Garib Kalyana Yojana.

Door to door supply is being ensured of vegetables and other grocery items across the state. PUNSUP has been designated as nodal agency for managing the retail chain for allocation of wheat and rice from FCI and Markfed for allocation of Dal from NAFED and supply of edible oil. Sugarfed has notified control rates of Sugar at which wholesalers can purchase sugar to feed the retail chains. 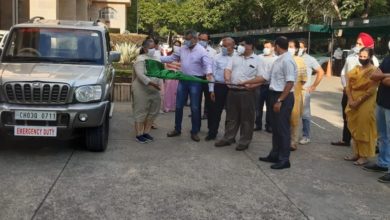 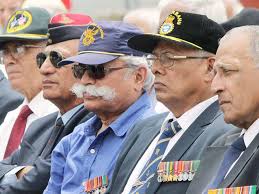 Greenfields be developed on panchayat lands for sports nurseries: Sodhi 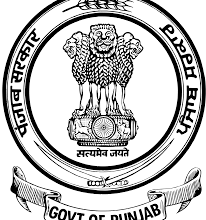