The Vice-Chancellor of Punjabi University, Prof BS Ghuman launched the cherished campaign of planting 550 trees on the University campus in commemoration and celebration of the 550th birth anniversary of the first Sikh Guru, Guru Nanak Dev. The first function in this regard was performed at the Amrita Shergill Girls Hostel by planting 25 plants of Gulmohar by the Vice-Chancellor, Registrar, Dr MS Nijjar, Dean Students, Dr Tara Singh, Additional Dean, Dr Paramjit Gill, Provost, Dr NS Deol, XEN, MS Sidhu, Director,  Media Centre, Prof Gurmeet Maan in the presence of wardens of various hostels and a large number of girl hostellers.

Speaking on the occasion, Prof Ghuman urged the concerned officials to issue directives to all the affiliated neighbourhood campuses, regional centres, and constituent colleges to follow the suit. The drive would not only amount to paying homage to the great Sikh Guru but would also help restoring environmental and ecological balance which has been shattered due to deforestation at a large scale. The effects of global warming were already staring into our eyes generating a lot of calamities, causing damage to the many lives and livestock.

He also called upon the locate specific places for planting medicinal plants which could help in producing traditional and herbal medicines and also create certain patents with the help on departments of pharmaceutical sciences and drug research situated on the university campus. Prof Ghuman chose to thank the SDO Horticulture and gardeners who were taking care of the plants and trees in the botanic garden and elsewhere on the campus. He also expressed his gratitude towards an NGO ‘Rukh Te Manukh’ and Forest Department of Punjab Govt. for their help in this campaign. 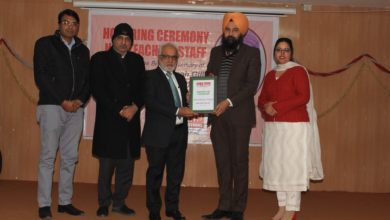 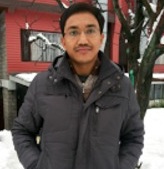 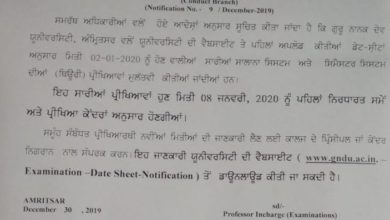 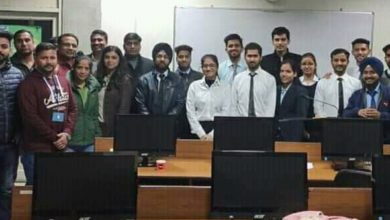 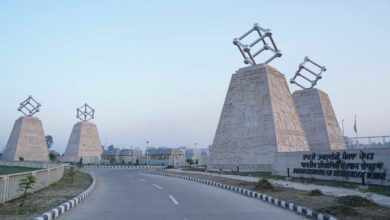