Sri Guru Granth Sahib World University, Fatehgarh Sahib organised the State Level Inter -School Quiz Competitions. Students of various schools from different cities participated enthusiastically in this event. The focus of the quiz was on English Grammar and vocabulary, Indian Economy and History, General Aptitude and Current Affairs. The audience was also participated in the competition.

The Vice-Chancellor of the University Dr. Prit Pal Singh in his motivational speech highlighted the benefits of conducting and participating in such competitions. He said that the motive of organising such events is to inculcate the feeling of healthy competition among the students, and moreover, in a way it helps to groom their personalities. He congratulated Dr. Lalit Sharma (AP, commerce and Management) and Dr. Pushpinder Kumar (AP, Biotechnology) as well as their team for organising the event successfully. 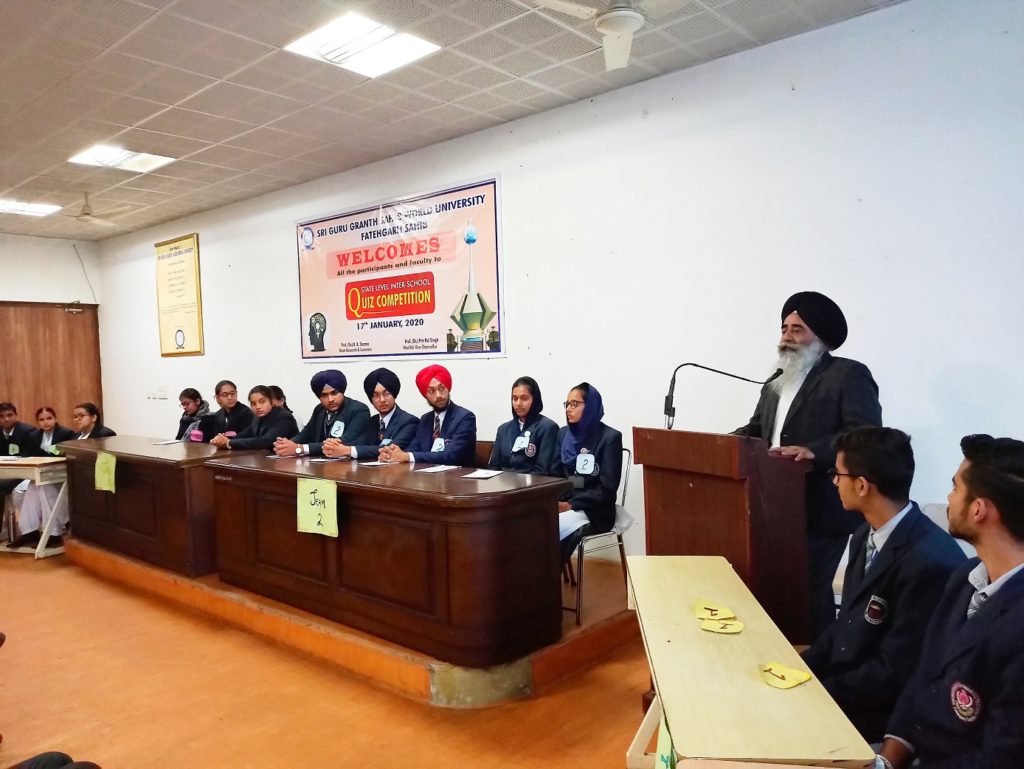 Hindi is the fourth most spoken language of the world